You are here: Home / Freestyle Blog Articles / The Art of Freestyle: Making (and Breaking) Your Own Rules

When I chose “Freestyle” as my brand, not everyone loved it.

Some people just didn’t get it, and others just didn’t like it, even though they understood my concept.

That rattled my confidence briefly. I wondered if I was completely off track.

But, ultimately, I knew I wasn’t. I knew where I was coming from and where I was going, so I stuck with the idea against the advice of some pretty smart people.

I consider “freestyle” a term of artistic expression, and the very cornerstone of being a creative professional.

The Art of Freestyle

Let’s look at one of my own favorite examples: Dancing With the Stars.

In DWTS, the contestants have to learn a new dance each week. Some weeks two dances. They have to follow the “rules” of those dances and they’re penalized in the judging if they break the rules.

During this time, working within these rules, they learn the basics. They learn to hold their frame up, point their toes, extend their arms, and develop musicality so that the dance flows through their entire body. They need the rules so that they can concentrate on allowing the dance to become second nature. They don’t have to make artistic decisions; they just have to learn the steps.

Then comes the finale. By now, the contestants who are left in the competition know how to dance. Their bodies know the rules, so their minds can let that go and they get to perform the dance they want to perform. They get to perform The Freestyle.

This is where they take everything they’ve learned and toss out the rules and perform to their utmost artistic ability. You can see some amazing and powerful dances during the Freestyle round. The creativity is off the charts.

But you know what? I don’t love every Freestyle dance. Some are athletic, some are profoundly moving, and some are lyrically beautiful. Others are excellent in technique, but they just don’t speak to me.

That’s okay, I’m not supposed to love them all. They are expressions of a very personal journey and they may not resonate with everybody. Still, I’ve never, ever seen a single person disappointed with their own Freestyle performance, even when they aren’t the winner. They love it, because it IS personal.

Making Your Own Rules

My business is like that. I’ve learned a lot about the ins and outs of being an entrepreneur and and authorpreneur.

I know the “rules” instinctively.

I know what a lot of people tell me I should be doing.

And then I create my own version of a business out of all the things I know, see, hear, and am inspired by.

I really love helping others do the same, and I try to never impose my version of “best” on someone, unless it is a true, unbreakable rule – like Amazon Terms of Service, for example.

Sometimes, I run into people who almost seem to be the opposite of me. They don’t want people to do things any way but their way. They are intolerant of those who do things differently, even to the point of openly criticizing those alternate methods.

That happened at a recent live event I attended. I won’t talk about names or details, but I came home with a very bitter feeling toward someone that I had previously thought much more highly of.

So I Have to Ask Myself:

Do I continue to promote this person (whose training is of good quality and GETS RESULTS) even though I feel they are intolerant of other methods?

If yes, how do I promote while making sure that the people who trust me and my opinions know that I don’t agree with EVERYTHING the person says?

Honestly, my first reaction to the events in question was: “How rude that was! I will never promote for that person again!”

But am I serving my audience with that reaction? Would it be a disservice to withhold information about training that might help them, even though I strongly disagree with something the instructor says?

I am coming to terms with my own decision on this, but I would love to know what you think as well. Please leave your comments below and share your opinion.

A Gift For You: 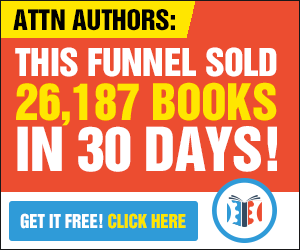